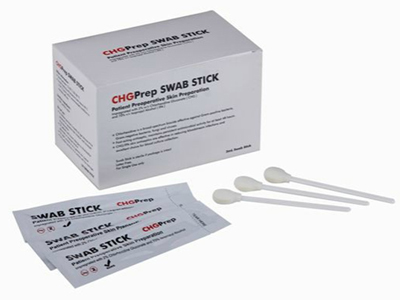 Chlorhexidine Gluconate (CHG) was first used as a handwashing agent for healthcare workers . Since that time, aqueous CHG agents have been widely used as an effective antiseptic handwashing and surgical scrub . The use of CHG for antiseptic skin prepping was studied in the early 1990s . Dr . Maki compared the use of 2% aqueous CHG, 70% Alcohol, and 10% Povidone-Iodine (the most common iodophor) for skin prepping prior to surgical procedures . The results of this study showed that use of an aqueous CHG substantially reduced the incidence of procedure-related infections . Another study showed Chlorhexidine was more efficacious than Povidone-Iodine skin preparation in reducing contamination of blood cultures .² In recent time, antiseptic skin prepping agents that contain a combination of two antiseptics, CHG/IPA, are favored by clinicians.